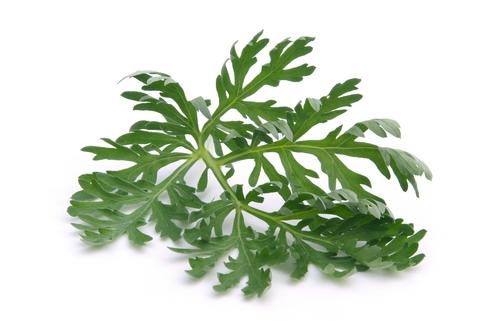 Wormwood is mainly used as a bitter tonic. Chances are that you have heard of the ancient proverb ‘bitter as wormwood.’ Its this bitter characteristic that gives wormwood its significant place in herbal pharmacopeia. As the name implies, wormwood is a powerful worming agent that has been historically used to expel parasites including tapeworms, threadworms, and roundworms from dogs, cats, and people. Wormwood can be taken in the form of capsule, tea, or extract.

Although the bitter principle in wormwood is largely nontoxic, just as it makes the life miserable for intestinal parasites, it can be harsh on the host. Contraindications should be carefully studied before using the herb and as always it is best to use it under the guidance of a health care practitioner.

Wormwood earned a bad reputation caused by confusion over the fact that an alcoholic drink called absinthe used to be made from parts of the wormwood plant. This drink was very strong and often abused thereby damaging the reputation of the entire herb. This drink is no longer produced.

HOW TO USE IT

HOW TO MAKE WORMWOOD TEA

Wormwood tea is made from an infusion of fresh or dried leaves but it is best to use in dried form since it contains little if any thujone.

The best time to collect leaves and flowers of wormwood is on a warm, sunny day after blooming has begun in July. These parts are then dried in partial sun at 70 degrees F or more. Once dried, one ounce of dried leaves can be steeped for 10-12 minutes in one pint of boiling water.